A thick and fudgy molten lava brownie topped off with a swoosh of chocolate buttercream and a dash of flakey sea salt. These brownies are so extra in the very best way! 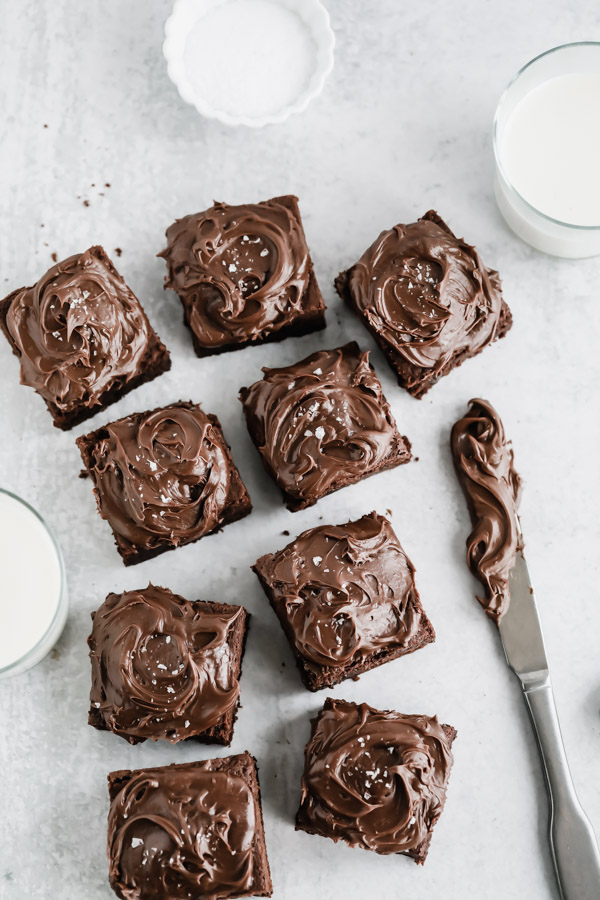 Living with two teenagers and a third teeny-bopper bringing up the rear may as well require a crash course in adolescent lingo. The way they rattle off their slang for this, that and the other thing makes my head spin. {Kids these days.} I’ll jump on any chance to embarrass my children which is typically followed by an exaggerated eye roll and a very long and drawn out “Moommmm!!!”.  Good stuff.  So once in a while I’ll throw out a few choice slang words I’ve caught on to like “basic” {means exactly what you think…boring}, “gooch” {translates to, “great!”} and my reigning favorite, “that’s so extra”. Being called extra is not generally a good thing as it’s usually a descriptor of someone or something that is trying too hard {hashtag, over the top}. 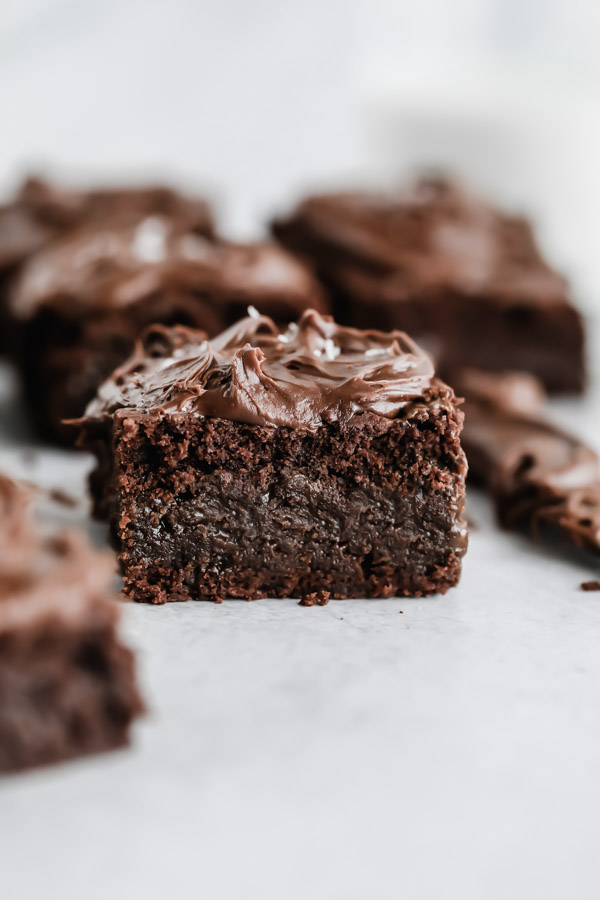 Guessing you aren’t here for a lesson in 2019 teenage slang words but I do have a point to this narrative. These MOLTEN LAVA BROWNIES riiigghttt here. Yep, you’re lookin at ’em and I’m hoping you are having a hard time taking your eyes off of them. This is one thick and fudgy brownie, stuffed with a molten lava chocolate spread and topped off with a generous swoosh of rich chocolate buttercream. Oh, and a sprinkle of flakey sea salt for good measure. This is one EXTRA brownie if you ask me.  And extra in this instance is aaallll good! Make no mistake about it, this chocolate lover’s brownie is so over the top. One bite and you may never have a “basic” brownie ever again. 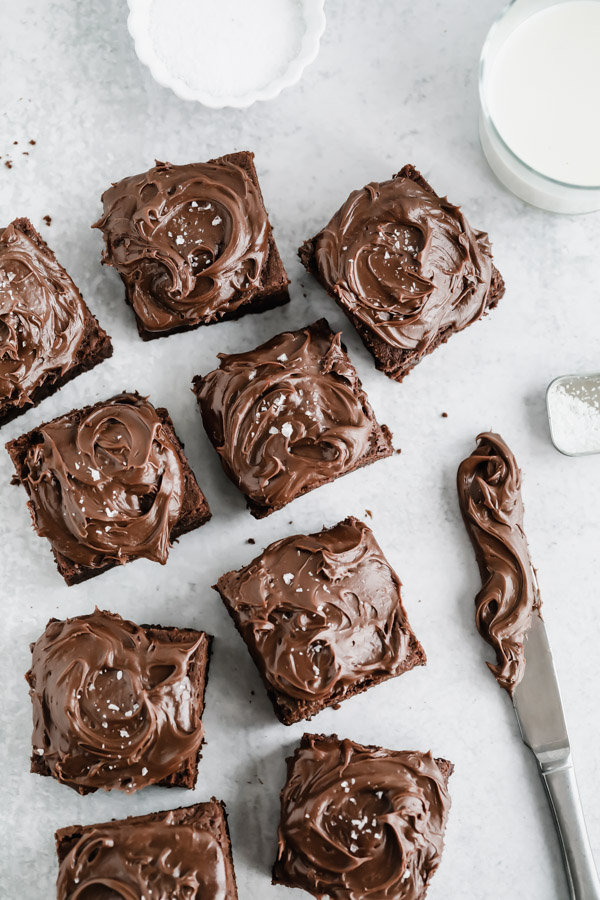 I originally developed this recipe for Bumbleberry Farms as they were looking for a decadent chocolate dessert that featured their Molten Lava Chocolate Honey Cream Spread. It should be noted that their molten lava spread happens to be swoon-worthy all by itself straight out of the jar. Let’s be real…anything with the word “molten” in it HAS to be good. Words to live by. I loved these brownies so much that I couldn’t wait to share the recipe with you here on the blog. I can’t think of a better way to kick off Fri-yay!!
I hope you give these Molten Lava Brownies a try and if you make this recipe, or any other sweet treat from the blog, be sure to tag @brownedbutterblondie on Instagram. I love seeing what you are baking up in your kitchen. And don’t forget to follow along on Pinterest for all the latest recipe details straight from the blog.
Happy Baking!


Visit www.bumbleberryfarms.com to order online or to find a retailer near you.